When the French Leclerc main battle tank was born, the Cold War ended; but it made a strong impression on the Middle East battlefield when it was never damaged in combat.

In the 1970s, the French military knew that their main battle tank, then the AMX-30, was no match for the latest Soviet tanks such as the T-64, T-72 or T. -80. However, the French were independent-minded, they didn’t want to buy new tanks from the US or Germany, they wanted a tank that was as powerful as the M1A1 Abrams tank, but also lighter and protected and better than American tanks. 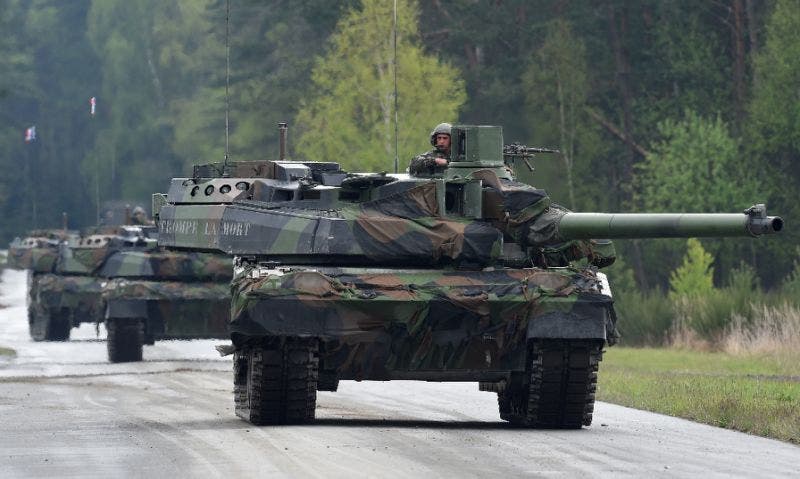 The AMX-56 Leclerc tank, named after the French general, commanded the armored division that liberated Paris in 1944. At the time, it was the most expensive tank in the world, costing 9.3 million USD/pcs. For comparison, a new M1A2 costs $7.56 million and a Russian T-90 costs just $4 million.

The three main battle tanks of the West, the American Abrams, the German Leopard 2, and the British Challenger 2, share many design elements, such as a 120 mm cannon, a crew of four and composite armor; while performance has much in common. Meanwhile Leclerc has many differences in design

The Leclerc tank does not use human-powered pedal loader, but replaces it with an automatic reloading system, giving the ability to fire 12 rounds per minute. The automatic loader reduces the crew to just three (commander, gunner and driver). Leclerc has a 12.7mm machine gun coaxial with the main cannon, instead of on the roof of the commander’s vehicle.

Leclerc’s 120 mm smoothbore cannon, slightly longer than the one on the M1A1; i.e. it could theoretically penetrate thicker armor. Leclerc’s cannon also has the ability to fire explosive and explosive projectiles in the air. But the main advantage of Leclerc lies in defense and mobility. 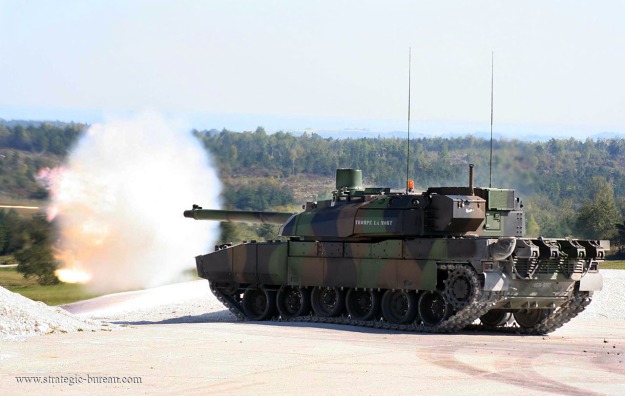 It is difficult to calculate the comparative effectiveness of modern tank armor, but Leclerc and M1A1 seem to have similar frontal armor. According to some experts, Leclerc’s front armor has more weaknesses, especially the location around its sensors.

Leclerc does not use composite Chobham armor like M1A1, but uses composite armor, steel armor, and explosive reactive armor (ERA); This armor is more effective against kinetic (hard-core) penetrating projectiles, fired from tanks

However, Leclerc’s side armor is clearly superior to that of the M1A1. Newer models also have titanium armor plates and explosive reactive armor plates on the side panels. This armor is resistant to concave explosive bullets, especially anti-tank missiles and grenade launchers.

The Leclerc also has a smaller turret configuration than the Abrams, making it harder to hit. However, military analysts say that the smaller turret, will allow less space for internal upgrades. 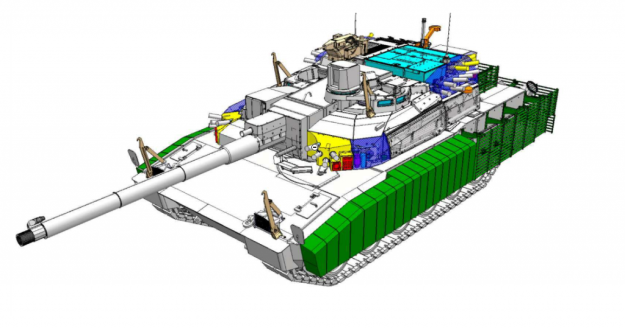 At 60 tons, the Leclerc is 10 tons lighter than most Western main battle tanks, so the Leclerc is far more fuel-efficient than many other tanks. Leclerc’s range is 550km, while Abrams’ 400km; This factor helps to reduce the logistical burden of the tank.

Born when the Cold War ended, Leclerc of the French Army never fought; but have been deployed to peacekeeping missions in Kosovo and Lebanon, where they have performed very well.

France announced a new upgrade, the Leclerc XLR, in June 2016, with the aim of keeping Leclerc in service until 2040. In addition to new sensors and electronics, the XLR will have modular armor, including a system against remotely controlled explosive devices (IEDs), by jamming cellular signals.

UAE is the only foreign customer to buy Leclerc. The UAE purchased 390 units of the “tropical” version, with a V12 engine. The UAE Leclercs, equipped with superior sensors and protection systems, compared to the French Leclerc tanks.

While the French Leclerc tanks have not yet entered the war, the UAE Leclercs have already fought in Yemen; where the UAE has deployed between 70 and 80 Leclercs, along with a battalion armed with Russian BMP-3 infantry fighting vehicles and 155 mm G6 self-propelled howitzers.

In a video released online, Leclercs are seen moving on the road and using firepower in urban skirmishes. But how effective are they? Will the tanks of the UAE directly clash with the tanks of the Houthis? Currently there is no information.

To date, there are no videos of the Leclercs being destroyed; Meanwhile, the Houthi forces captured the scene, they destroyed at least 9 Saudi M1A2S tanks with anti-tank missiles. At least five M-60 Pattons and two AMX-30s and one UAE M-ATV mine-resistant vehicle were also destroyed in the ambushes.

Sources in the UAE said that Leclercs was destroyed four times by anti-tank weapons. There were two incidents involving the IED, a third involving a PRG-7 anti-tank bullet, which destroyed the tank’s explosive reactive armor, and a fourth involving an anti-tank missile.

But it is possible that a Leclerc was destroyed, in a bent attack. On September 4, 2015, an SS-21 Tochka ballistic missile launched by the Houthis at Marib Airport. The missile killed 45 people and damaged a parked Leclerc, but no one was inside.

The UAE’s Leclerc tanks have made a “strong impression” by their capabilities in combat. In January 2016, the Saudi government approached Leclerc manufacturer, Nexter, to express interest in purchasing a few hundred Leclercs from France. However, to date, the contract has not been implemented.