Mikoyan, as an important arms manufacturer during the Soviet era, produced a large number of world-renowned fighter jets during the Cold War. The MiG-21, MiG-29 and MiG-31 can be said to be the three most well-known fighters of Mikoyan.

In contrast, the MiG-29 fighter is a medium-sized fighter with a range of only about 2000km. The MiG-29 has a maximum take-off weight of only more than 20 tons, a length of 17.37 meters, a wingspan of 11.4 meters, and a height of 4.73 meters. The two fighters are placed together, and the size is clear at a glance.

The birth of MiG-31 has a lot to do with Soviet Russian territory. Because of the large area of ​​the country during the Soviet era, the Soviet Union needed a long-range, fast, and large-carrying interceptor to protect the borders of the Soviet Union. The MiG-31 was developed from the MiG-25.

The MiG-31 is currently one of the most widely deployed fighters in the Russian army. The current upgraded version of the MiG-31 uses the new D-30F6M engine, digital flight control and multi-function cathode ray tube cockpit display and other new Function. Russia is preparing to put the MiG-31 into service until the 2030s. Russia is currently developing a supersonic interceptor to replace the MiG-31, also known as the MiG-41 or PAK DP.

According to current guessed data, PAK DP will have a maximum speed of Mach 4 to 4.3, and a cruising speed of approximately Mach 3. What kind of weapon PAK-DP will use in the future has also become a topic of interest. Victor Bondarev, former commander of the Russian Aerospace Forces, said that MiG-41 will carry R-37 long-range air-to-air missiles “and brand new Missiles”. The range of the R-37 air-to-air missile can reach 400km. In addition, the MiG-31 can also carry medium-range air-to-air missiles. The R-77 has a range of 110 kilometers, and the MiG-31 can usually carry four. The R-37’s launch capability in terms of speed and range benefits from the Zaslon-M radar, which can detect large and medium-sized aircraft over 400 kilometers.

Russia has the largest land area in the world. In terms of hardware, Russia needs heavy interceptors to patrol its huge borders. Most of the conventional “light” or even medium fighters currently in service in Russia are unable to perform this task because they lack the range and speed to intercept. For example, the MiG-29 has a range of only 2,000 kilometers or less, and it is impossible to complete a long-distance expulsion. And interception missions, and if the power is not enough, it is impossible to quickly climb and intercept American supersonic bombers, and the MiG-31 can do it.

At present, Russia is still facing severe foreign invasion. American strategic bombers often approach Russia for transit reconnaissance. In mid-October this year, American B-1B bombers broke into the vicinity of the Russian naval exercise area, and the Russian army did not hesitate to move out. The MiG-31 expelled B-1B. It can be seen that in an emergency, the MiG-31 has an emergency response capability that other fighters cannot match.

The MiG-31 can not only perform its traditional tasks efficiently, but also because of its large fuselage, it can also integrate new weapons and burst out new vitality. Russia’s tailor-made dagger hypersonic weapon for the MiG-31 is a stark example.

No fighter to replace the MiG-31

With the multi-path design of fighter jets and the development of aerial refueling, in fact, the international demand for heavy interceptors such as MiG-31 is not so strong. But Russia is different. Russia regards the threat from the United States as the most significant threat, especially the US strategic bomber and surface fleet. Therefore, for Russia, the MiG-31 is not an icing on the cake, but an indispensable part of the fight against the United States.

Although the Su-57 and Su-35S have begun to be delivered and even put into service in batches, there is still a big gap in the Russian Air Force. In addition, the challenges facing Russia come from multiple directions in the north, south, west, and east. These new-generation multi-role fighters alone cannot cope with it. Especially at the northern border, Russia is facing increasing threats, and the MiG-31 can complete Russia’s high-intensity cruise mission.

The MiG-31 has its own unique characteristics, and the air superiority formed is widely recognized by the Russian army. Therefore, although sometimes it is seen that Russia not only has Su-35S but also Tu-22M3 supersonic bombers, but MiG-31 is still like a “mysterious killer” dispatched at any time, making the enemy fearful. 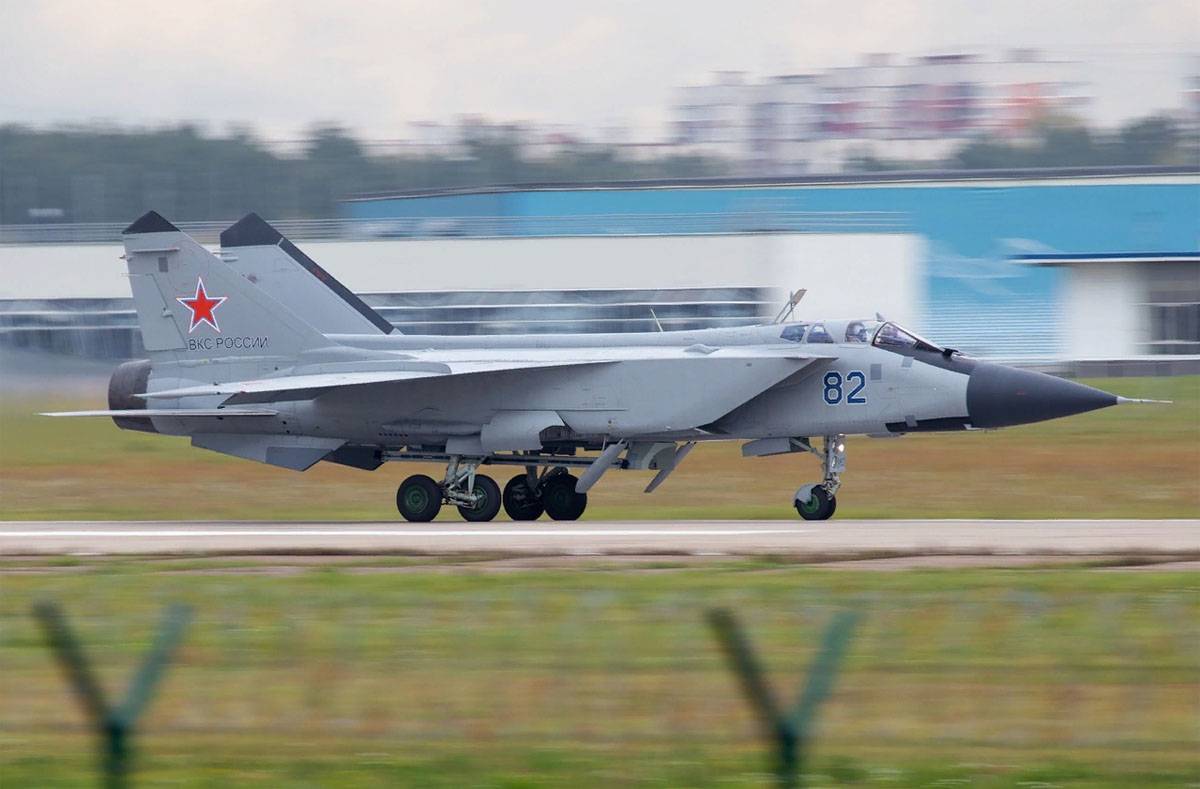 Why doesn’t the United States build an interceptor similar to the MiG-31?

The United States has a much smaller land area than Russia. Soviet Russia cannot meet its air defense needs by relying on normal fighter jets. And there are not enough air bases to fully cover its borders with ordinary aircraft. The MiG-31 can cruise for a long time at Mach 2.3 (cruising speed), which allows four aircraft to patrol and protect a really wide area from bombers and cruise missiles. The United States, on the other hand, has used the construction of more military bases and the deployment of more fighter jets to complete the protection of the border.

Why doesn’t Russia build more air bases? This is also related to the geographical environment of Russia. Many places in the north are freezing cold, and it is not suitable for the construction of airbases.

The United States believes that the MiG-31 is not a high-performance fighter, and its mission is relatively too single. This is not consistent with the development concept of American equipment, so it is only natural that the United States does not manufacture heavy interceptors. 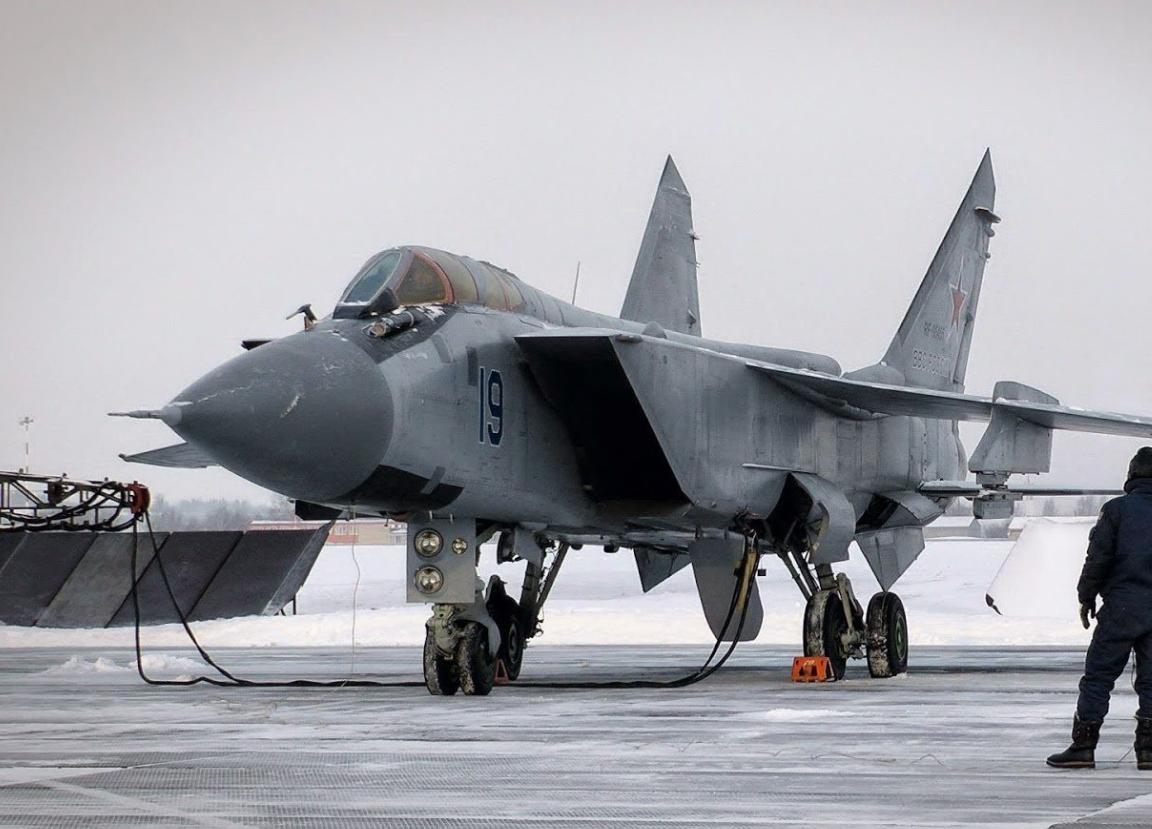 This should be divided into internal and external reasons.

From within Russia, a supersonic interceptor such as the MiG-31 has a huge effect, and even has a certain strategic role, and it is possible to be designated as a non-sale product.

Internationally, not all countries are as large as Russia, and they are not as complicated as Russia’s geography and climate, so there is not much demand for purchases.

In summary, the MiG-31 is indeed a very good weapon for Russia to deal with US air and sea targets. However, whether this weapon can be sold in large quantities depends on whether Russia can sell it or not, and on the other hand, it depends on whether anyone buys it.