The “Iron Dome” is an air defense system developed by the Israeli firms Rafael Advanced Defense Systems and Israel Aerospace Industries with financial and technical support from the United States.

Over the past few days, Israel has come under rocket attacks from the Gaza Strip, and the Palestinians have been able to penetrate the much-publicized Iron Dome defense system. 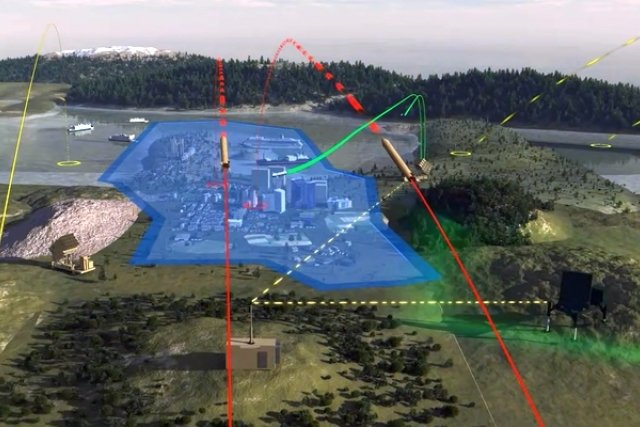 According to various reports, the number of rockets fired from the Palestinian side ranged from 500 to 1,500 in three days. According to Israeli reports, some of these rockets hit homes, killing 2 people, while others hit an empty bus, causing it to set on fire.

Palestinian news portal Dunya Al Watan reported that the Al-Qassam Brigade, the Hamas military wing that controls the Gaza Strip, said it fired 100 rockets at the Israeli city of Beersheba early Wednesday morning. In addition, early Wednesday morning, a missile strike from the Gaza Strip was carried out on one of the districts of Tel Aviv, a TASS correspondent reported from the scene. 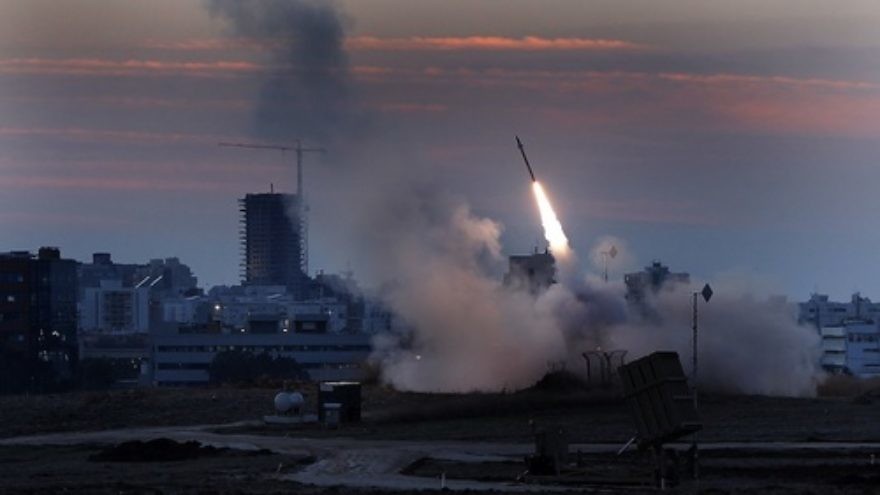 On Tuesday, the Israeli military said 90% of the missiles that reached Israeli airspace were destroyed by the Iron Dome.

However, even if we assume that 10% of the missiles have passed the Iron Dome, many have been neutralized. Some reports, citing Western analysts, say that the massive amount of shells fired at Israel could have overloaded the Iron Dome system. 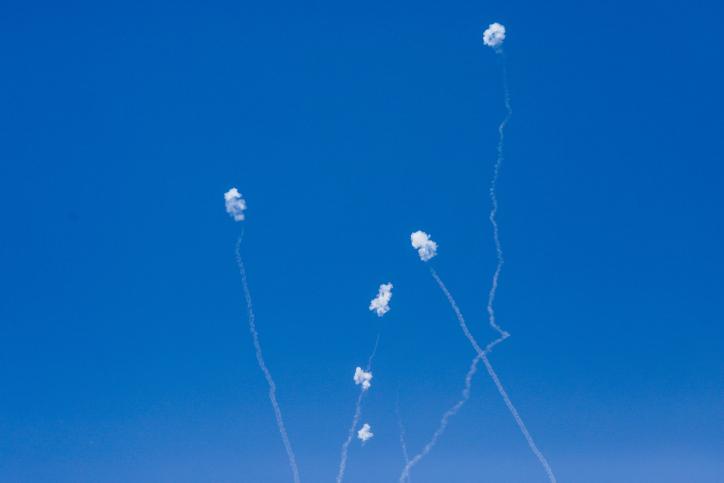 However, a Washington Post report says some military analysts are questioning this figure – blocking 90% of the missiles.

What is Iron dome?

The Iron Dome is a battery that consists of a phased array radar that detects enemy projectiles and transmits data to the command post. Based on these data, the approximate trajectory of a flying rocket is calculated.

The Palestinians use the most primitive types of missile weapons that do not perform complex trajectory maneuvers and do not attempt to evade. After calculations, if the trajectory of the missile is directed to the area to be protected, the Tamir interceptor missiles are launched. These are relatively small anti-aircraft missiles with active radar guidance heads, and they intercept the enemy’s projectile. 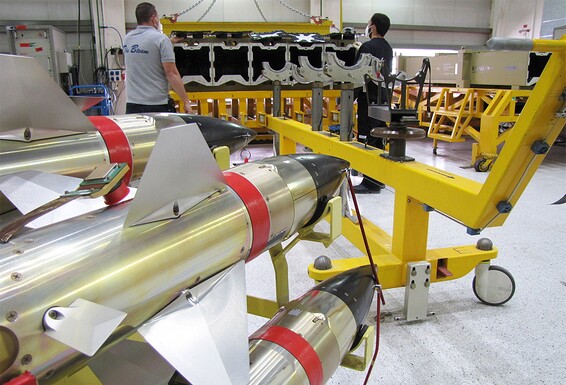 In principle, firing at this kind of unguided rockets, as in the case of launches from the Gaza Strip, is a fairly standard exercise for many types of anti-aircraft missile systems. 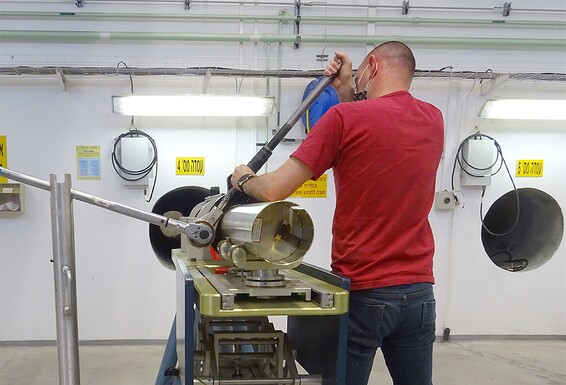 At the same time, the “Iron Dome” can protect not only from missiles, but also from unmanned aerial vehicles. The modernization took place just in 2021, these measures were taken in response to an increase in the number of attacks using UAVs against Israel.

The complex is made using “container” technology, which allows it to be transported and quickly deployed. Each battery is serviced by a staff of about 100 people.

There is a lot of controversy about how successful the Iron Dome is. Interception of an air target is always a probabilistic process. Air defense and missile defense systems can radically reduce the scale of losses, help gain time, but without destroying the enemy’s firing points, the question of statistics is at which launch one of the missiles will penetrate the defenses.

It is important to understand that each Iron Dome anti-aircraft missile costs an order of magnitude more than the primitive homemade products that the Palestinians produce.

According to experts, assuming that about 60% of the missiles simply do not go astray because they fly into deserted places, the defending battery focuses on the remaining 40%. If these missiles fly at the same time, it is almost impossible to stop them. This moment is inevitable.

Experts agree that the Israeli system is still quite effective and agree that no system in the world can be 100% efficient, but the Iron Dome is the only perfect system of its kind and it plays a decisive role in reducing losses of Israel.

As for modern weapons, in particular hypersonic missiles, the Israeli complex is not optimized to deal with such targets, the Iron Dome is mainly “sharpened” to intercept artillery shells, mainly with missiles of multiple launch rocket systems or missile systems made on their base. The Iron Dome missiles do not have the energy, range, altitude, and acceleration capability to counter large ballistic and hypersonic missiles.

The fight against hypersonic missiles does not correspond to the profile of missile defense systems and is unlikely to be relevant when repelling attacks from the Gaza Strip, since it is unlikely that the Palestinian side will be able to get hypersonic weapons.

Summing up the intermediate result, we can say that the next confrontation between the Israeli air defense and missile defense system with tactical unguided missiles launched by Hamas once again confirms the axiom: air defense covers, but does not protect. Hamas is solving the problem of overcoming the “Iron Dome” by a straightforward method: oversaturation of the guidance channels and fire capabilities of air defense/missile defense by massing unguided missile attacks. 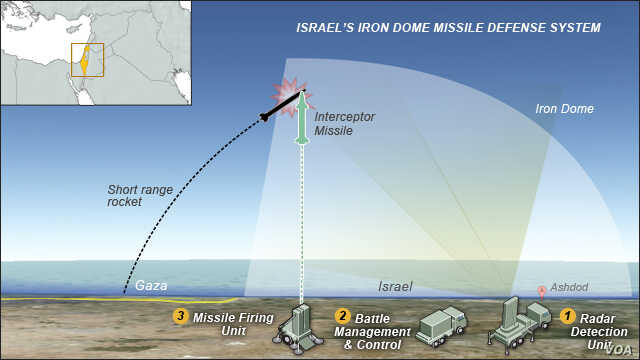 The “Iron Dome”, ideally, is capable of tracking up to 200 targets of the NUR/artillery shell per minute. In practice, judging by the results of combat work, the productivity is lower. The anti-aircraft guided missile “Tamir” has a combined guidance system: first, there is a radio correction from the ground-based radar, in the final section of the homing head is carried out according to its own AFAR. This is a rather complex scheme, not without its drawbacks.

The cost of such an air defense and missile defense system is already high upon deployment. In combat work, when repelling massive shelling/strikes, these costs are even higher. The Tamir short-range air defense missile (reach 17 km) with an active radar-seeker intercepts self-propelled missiles costing several hundred dollars in a ratio of at least 1: 1. And although the network and the press usually indicate the cost of the Tamir missile defense system in the range of $ 20-40 thousand, the data on the cost over $ 100 thousand look more reliable.