The B-2 Spirit is the only stealth strategic bomber in the world today. Its main feature is its low detectability, which is commonly known as stealth capability. It can safely pass through the tight air defense system to attack. Without refueling in the air, the B-2 has a combat range of up to 12,000 kilometers, and it can reach 18,000 kilometers in a single refueling operation. The air flight time for each mission is generally no less than 10 hours. The U.S. Air Force claims that it has “global reach” and “global destruction” capabilities. The stealth performance of the B-2 is comparable to that of the small F-117 attack aircraft, while the combat capability is similar to that of the huge B-1B bomber. 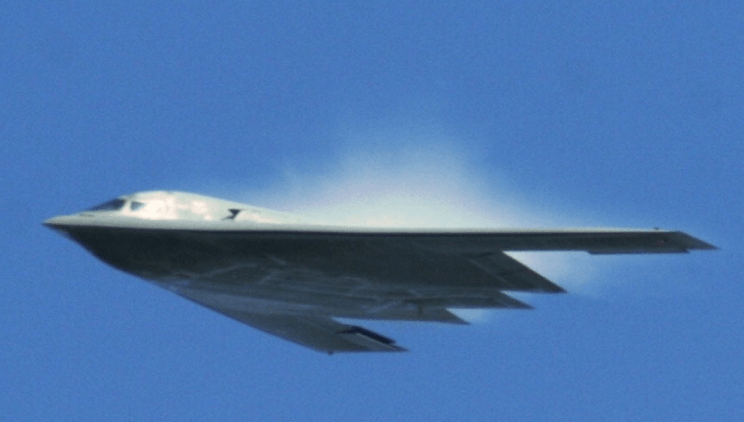 In 1997, the first batch of six B-2 bombers formally entered service, and only 21 were produced. The cost of each B-2 is 2.4 billion U.S. dollars. In terms of weight, the unit price of the B-2 is two to three times more expensive than the value of B-1 in service. The B-2 does not have a vertical tail, which is different from traditional aircraft. The aircraft is yaw neutral, which means that when the B-2 turns to the left or right, it will not generate aerodynamic force to return to the center. B-2 is controlled by Northrop’s patented speed brake-rudder on the trailing edge of the outer wing. The speed brake-rudder can be cracked on the upper and lower sides. At the same time, the crack is used as a speed brake, and when it is cracked asymmetrically, it is used as a rudder. Due to the existence of the boundary layer on the surface of the flying wing, the air brake-rudder must be cracked at least 5 degrees to be effective. Therefore, in normal flights, the air brakes and rudders on both sides are in the open position of 5 degrees, and they can work immediately when they need to be controlled. This is why we see the air brakes and rudders in the B-2 flight photos. It’s all the reasons for opening. But the open air brake-rudder will affect the stealth effect of the aircraft, so when the B-2 arrives in the battle zone, the air brake-rudder will be completely closed.

The material covering, so that the surface maintains uniform conductivity to reduce radar wave reflection from joints or joints. In the design, the parts (such as the air intake) that cannot rely on the shape for stealth must be coated with radar absorbing material (RAM), and its composition is still highly classified. RAM is a coating that can be sprayed in multiple layers and contains components that can convert radar wave energy into heat energy. After the entire machine is coated with a coating of appropriate thickness, after the radar waves of a specific wavelength are irradiated to the coating, the radar waves reflected on both sides of the coating will interfere and cancel each other out. A similar concept is the coating of optical lenses, which can eliminate unnecessary light. 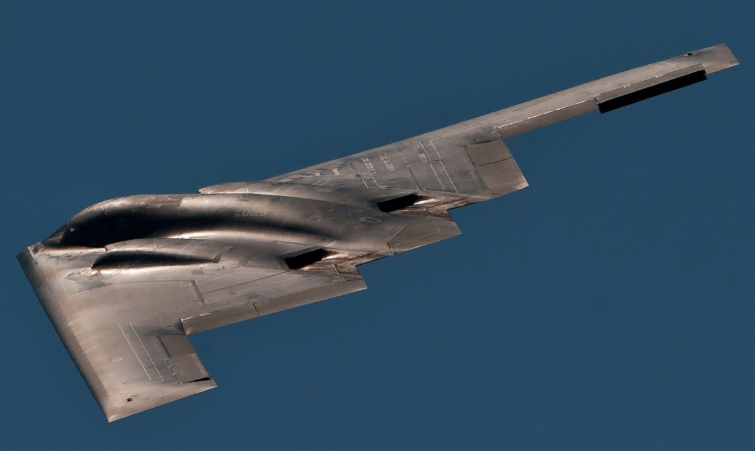