American media said that Russia’s submarine force is very strong, but it cannot be trusted at critical times.

According to the website of the American Association for Naval Research, tensions between the US and Russia are increasing, as Russia continues to invest in building a special fleet of submarines; so the competition in the submarine sector will become more obvious.

Russia is currently the only country with a separate special purpose submarine, intended for espionage, and Russia is expanding this capability as well.

Although other countries such as the US also have strengths in this area of ​​special submarines, the US military uses multi-function nuclear submarines to perform the task of special purpose submarines; instead of having a dedicated nuclear submarine like Russia. 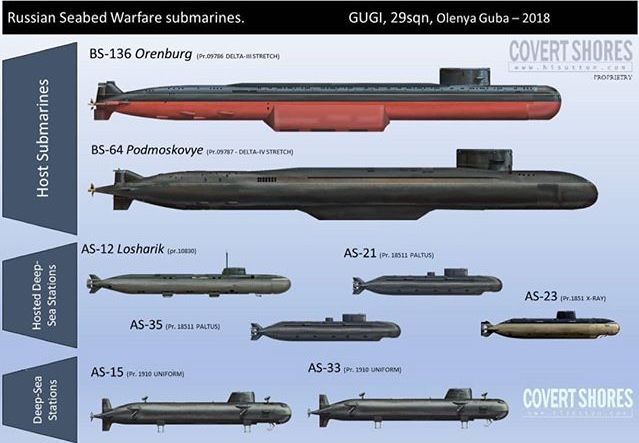 Despite special investment, Russia’s special nuclear submarine force, like other ships of the Russian Navy, has not proved to be up to expectations, when it was unable to support in past during times of crisis of important submarines.

In 2000, when the Russian nuclear submarine Kursk crashed in the Baren Sea, the Russian special submarine was unable to carry out rescue operations. This situation happened again in 2005, when a Russian submarine needed rescue while it was operating under the sea. Then the Russians had to call Britain for help. Many of the important deep-sea research systems and technologies in Russia come from the West. After the end of the Cold War, with Russia’s improved relations with the West, it acquired these important undersea technologies, often with dual uses. The Russian military is also equipped with Western-made deep-diving submarines, which are used to probe the seabed and search for sunken submarines.

Although the strength of the Russian navy has improved after the dissolution of the Soviet Union (1991), especially from 2000 to the present; But there is still much uncertainty about the capabilities of special undersea missions.

For example, in 2019, the Russian Navy’s nuclear-powered deepwater submarine Loshalik suffered a fatal fire accident and had to be repaired. According to the latest satellite images, Loshalik has been out of the Severodvinsk shipyard for some time, and it may have been moved to the new dock for repairs. 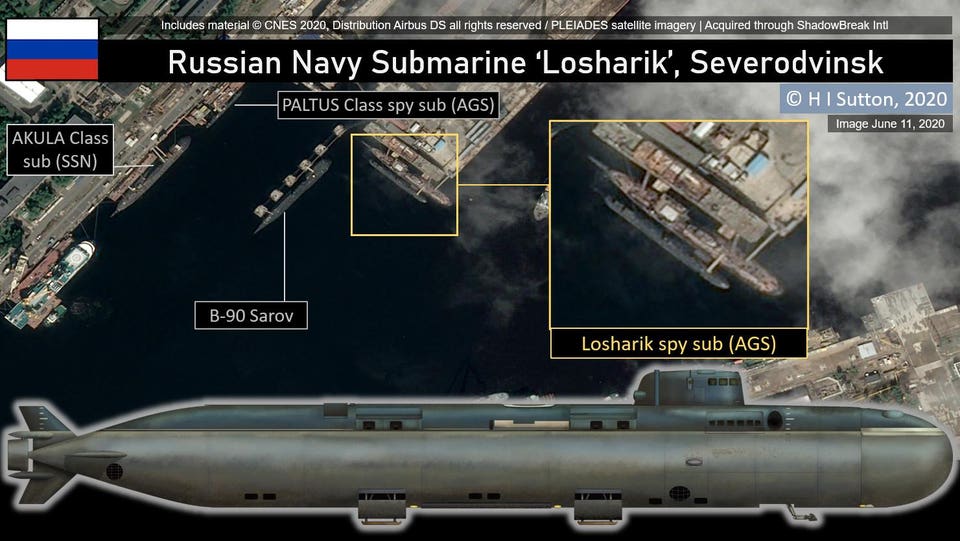 In addition to special nuclear submarines, Russia is also equipped with another special surface ship, including the Yanthar. These ships are commonly referred to as spy ships, while Russia calls them research vessels.

These reconnaissance ships are equipped with deep-diving submarines; Yantal ships often operate near the coasts of Western countries, and also frequently appear in the Atlantic, Mediterranean and Persian Gulf. In 2016, two aircraft aboard the aircraft carrier Kuznetsov crashed in the Mediterranean, and the Yantal took part in the recovery of the wreckage.