Supercruise has a singular purpose; to increase the speed of the aircraft’s transit to and from the target zone without sacrificing range by dumping fuel into the afterburners at ten to fifty times.

Supercruise is the ability to fly at speeds above M 1.0 without the use of afterburners. It isn’t a new concept some early turbojet-powered fighters could supercruise. An excellent example is the English Electric/BAC Lightning,  it was thoroughly supersonic without using AB in fact initially it didn’t have afterburners.

Currently, there are four fighter aircraft in the world that can supercruise – 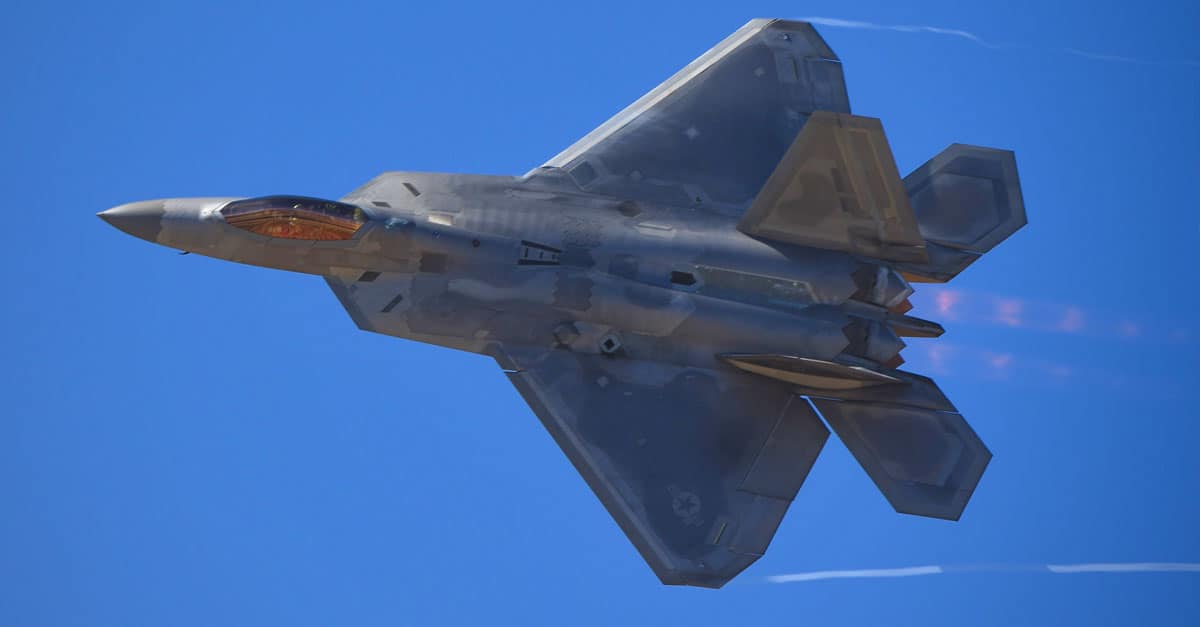 The Raptor’s two Pratt & Whitney F119-PW-100 engines pump out 35,000 pounds of thrust each (compare that to the 25,000-29,000 pounds of thrust for each engine on an F-15). Combined with the sleek aerodynamic design, the engines allow the Raptor to cruise at supersonic speeds with less fuel consumption than any other aircraft. That means the Raptor can fly faster for longer periods of time, reaching far-off targets faster than other jets. It can stay in an area looking for enemy targets longer or carry a bigger bomb load because it does not have to carry as much fuel.

The Dassault Rafale has it all – Stealth, Supercruise, Omnirole, the best sensor suites, naval variant and yes great looks, it could not get any better.

The Rafale is powered by two M88-4E engines from SNECMA, each providing a thrust of 95 kN can make the Rafale supercruise at Mach 1.4. The M88 enables the Rafale to supercruise while carrying four missiles and one drop tank. In fact, the Rafale-M (which is heavier than the other Rafale variants by 650kg) demonstrated supercruise with 4 Air to Air MICA missiles installed on it in addition to a central 1250 L fuel tank.

It should be noted that M88 engine Offer a low-emission combustor, single-crystal turbine blades and powder metallurgy disks, the M88-2 is designed to reduce Rafale’s electromagnetic and infrared signature. Incorporating a modular architecture, the engine can be quickly returned to service after maintenance as modules can be removed for repair or overhaul without grounding the aircraft. While The new M88-4E further reduces the aircraft’s fuel consumption and augment the lifespan of critical engine parts—in particular, the core and afterburner reducing fuel burn by 2-4%. 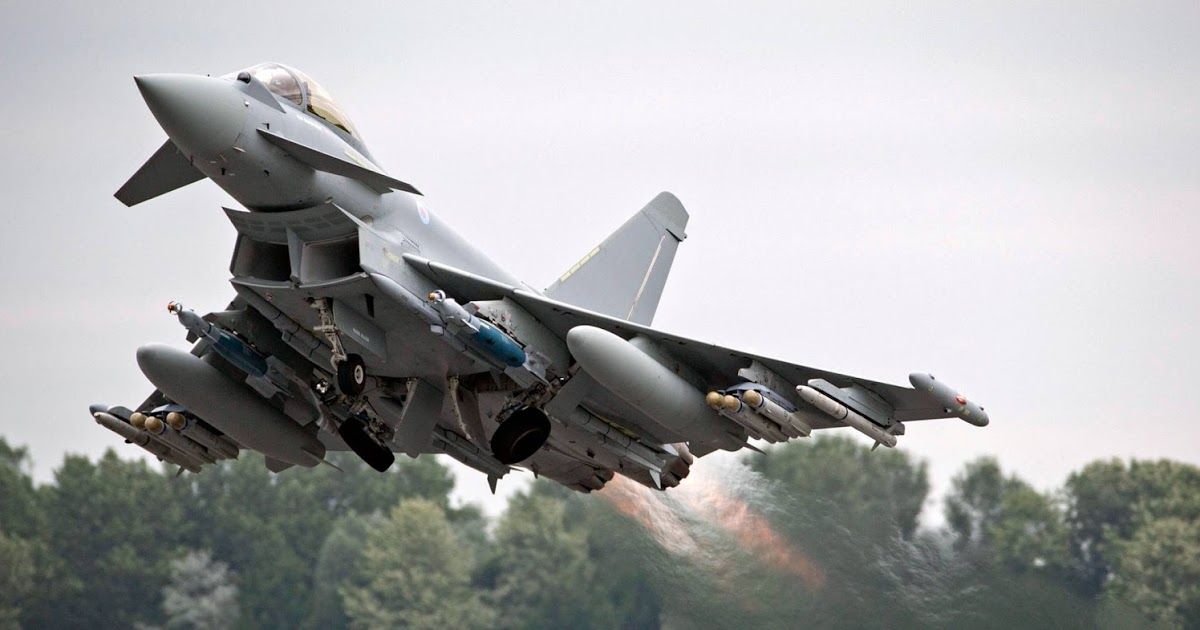 The Euroﬁghter Typhoon is Europe’s answer to the American and Russian advanced ﬁghter aircraft. Designed by a consortium of the Italian Alenia Aeronautica, BAE (British Aerospace) Systems, and EADS (European Aeronautic Defense and Space), the Euroﬁghter is a sophisticated aircraft with most of the advanced technology found in U.S. and Russian aircraft and also a price tag near the level of the F-22 Raptor. Two afterburning turbofans power the aircraft to a maximum speed of Mach 2 and a super-cruise speed of Mach 1.2 without afterburning, similar to the F-22. According to the official German Luftwaffe and Austrian Eurofighter website, the maximum super-cruise speed is between Mach 1.2 and Mach 1.5.

A Swedish Air force evaluation in 2008/9 mentioned the Eurofighter in A-A mission evaluation could supercruise at M1.4 although no loadout specified. You could guess that recessed carriage of 4 x AMRAAMs and 2 x ASRAAM on the wings could be possible for or near this figure

The airframe, which is constructed mainly from carbon fibre composite materials and lightweight alloys, is powered by two EJ 200 engines each producing 20,000lbs of thrust in full afterburner.  In full air-to-air configuration the engines provide a thrust-to-weight ratio of 1 to 1.3, which  enables the Typhoon F2 to fly at Mach 2 at 65,000 feet, reach an altitude of 36,000 feet in less than two minutes and to accelerate from 200kts to 700kts in 30 seconds. 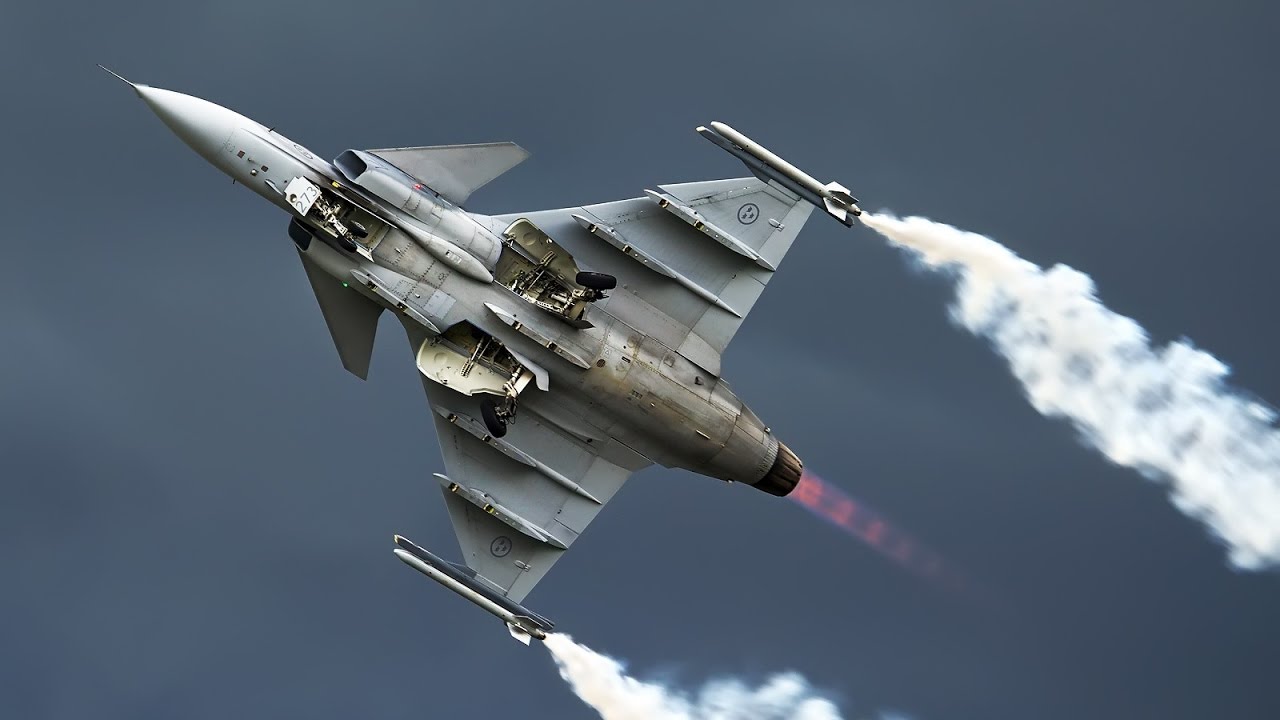 Pride of Sweden. The only single-engine aircraft that can achieve supercruise. Improved version following on from the Gripen Demo technology demonstrator. Changes from the JAS 39C/D include the more powerful F414G engine, Raven ES-05 AESA radar, increased fuel capacity and payload, two additional hardpoints, and other improvements.

Gripen NG’s internal fuel tanks are approximately 40 percent larger than Gripen C/D’s. With its powerful engine and smart design, this new generation aircraft can fly at supersonic speed without using its afterburner.

1 thought on “Which fighter aircraft can “Supercruise”? There are only four”