Although F-16 is a single-engine light fighter, the weapon payload and avionics of the F-16V are comparable to that of the Su-35 and proved to be superior to China’s J-10.

It can be said that the F-16 is the most successful 4th generation fighter of the US today when they appear in the service of more than 20 countries, while the fighters born at the same time have been retired and stopped production, the US recently continued to expand the factory to produce this fighter line.

According to the US website “Military Watch”, Lockheed Martin, the largest US weapons manufacturer, has announced the opening of a new F-16 Fighting Falcon fighter production line, in Greenville, South Carolina.

Lockheed Martin won a contract worth of $14 billion. By 2026, the production line will be used to produce 128 new F-16 fighters for foreign customers, including Bahrain, Slovakia, Bulgaria and Taiwan.

The variant currently in production is the F-16V, also known as the F-16E/F Block 70/72. Equipped with AN/APG-83 AESA active phased array radar along with Sniper ATP avionics kit and AIM-9X missiles, the F-16V fighters are capable of fighting on par with the first-class Russian heavyweight fighter Su-35.

Northrop Grumman, before supplying modern radars to the F-16V, was known to be the supplier of AESA radars for the most modern American aircraft, the F-22 Raptor and F-35 Lightning II.

Due to the complexity and high manufacturing cost of this type of device, usually active phased array radar is only equipped on 5th generation fighters. 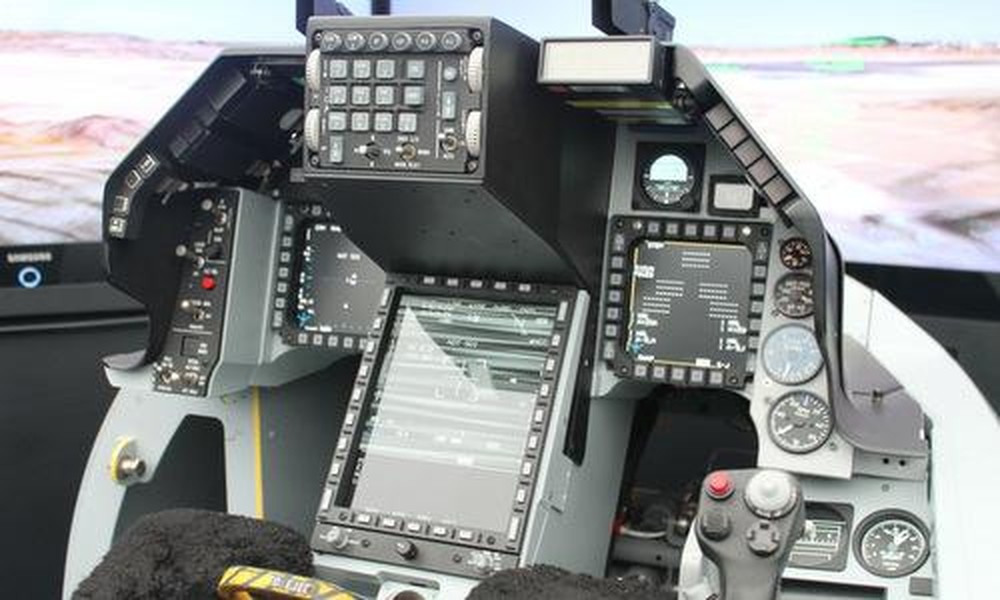 The target detection range is also more than twice that of passive phased-array radar and one and a half times higher than that of a semi-active phased array. In addition, the active radar can also draw synthetic aperture maps with high resolution and a field of view spanning more than 300 km for ground targets.

The new F-16V fighter is also equipped with a state-of-the-art electronic combat system. The cockpit is fitted with a high-resolution display that provides immediate tactical visualization.

Combined with the high-tech pilot’s helmet mount display (JHMCS II), the operator can easily fire the AIM-9X Sidewinder missile as well as a variety of other weapons.

In addition to the comprehensively upgraded avionics, the engine on the F-16V has also been tweaked for better performance while being more fuel-efficient. Due to the integrated fuel tank on the back, the F-16V has a much better combat range than previous versions.

Previously, the F-16 series was only a worthy opponent of the Chinese J-10 and was never considered an equal competitor to the Su-35, until the F-16V was born, everything changed.

Regarding the ability to carry weapons, the F-16V can carry 7.8 tons of weapons, which is almost equivalent to 8 tons on the Su-35 and superior to the nearly 6 tons on the J-10 fighter.

The US is famous for building long-life airframes, even the F-22 has a fuselage life of up to 22,000 flight hours. Having a large fuselage life will be very useful in maintaining the operation of the fighter, as well as in future upgrades.

However, the weakness is that American aircraft often have a higher purchase price than Russian aircraft of the same type. The price of F-16V is about 120 million USD / unit based on the US recent order which was sold to Taiwan; while Su-35 has a selling price of about 100-105 million / unit, based on the order Russia sells to China and Egypt.

On the other hand, approaching the F-16V fighter is more difficult than the Su-35; With the US, they only sell this fighter to allies, and when the selling will include political terms that not all countries accept, while, Russia will sell its aircraft to any country. which just having money.

However, the F-16V in the hands of the US and its allies still poses certain threats to the Russian Su-35 and the Chinese J-10 both on the battlefield and on the market. However, J-10 is not popular in export market.

Although the F-16V is more expensive, the purchase must accept some American political terms; but in return they operate more durable, the ability to maintain and operate is less expensive, in the long run, it is clear that spending a larger amount of money initially to buy profitable compared to Russian aircraft which will make you cry once it gets little old.

On the other hand, with outstanding combat capabilities with advanced electronic systems and a diverse arsenal of weapons, the F-16V is still a best-selling product of the US.