Recently, during Aero India 2021 India showcased a new fighter aircraft, the country is developing a twin-engine ship-borne fighter project, called TEDBF, designed by HAL, is expected to build a prototype around 2024, the first flight in 2026, around 2031 into mass production and service, to replace the current use of the Russian MiG-29K aircraft.

In fact, one of the most important reasons why India is actively developing homemade aircraft is that the Indian navy is not satisfied with the MiG-29K. Russia’s MiG-29 series fighter has a mixed international reputation, but overall it is also an absolutely “affordable” aircraft, and the aircraft was born when it did bring a considerable impact to the West. But the Performance Of The MiG-29K Aircraft, Which Was Born Out Of Land-Based Fighter Jets, In The Indian Navy Was Not Ideal. 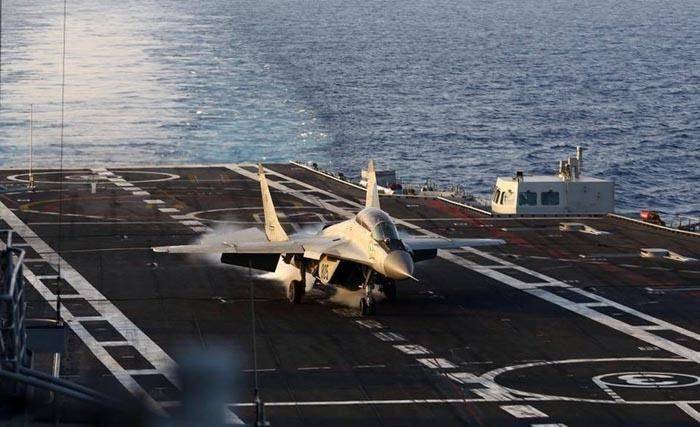 To date, the Indian Navy has procured 45 MiG-29Ks, three of which have crashed into the sea as a result of the accident. India has only one aircraft carrier in service, the Vikramaditya, with a limit of about 36 aircraft, and at first glance the 42 MiG-29K seems to be perfectly capable of meeting the use, daily training and maintenance rotation of the Indian Navy’s fixed-wing aircraft fleet, but that is not the case. 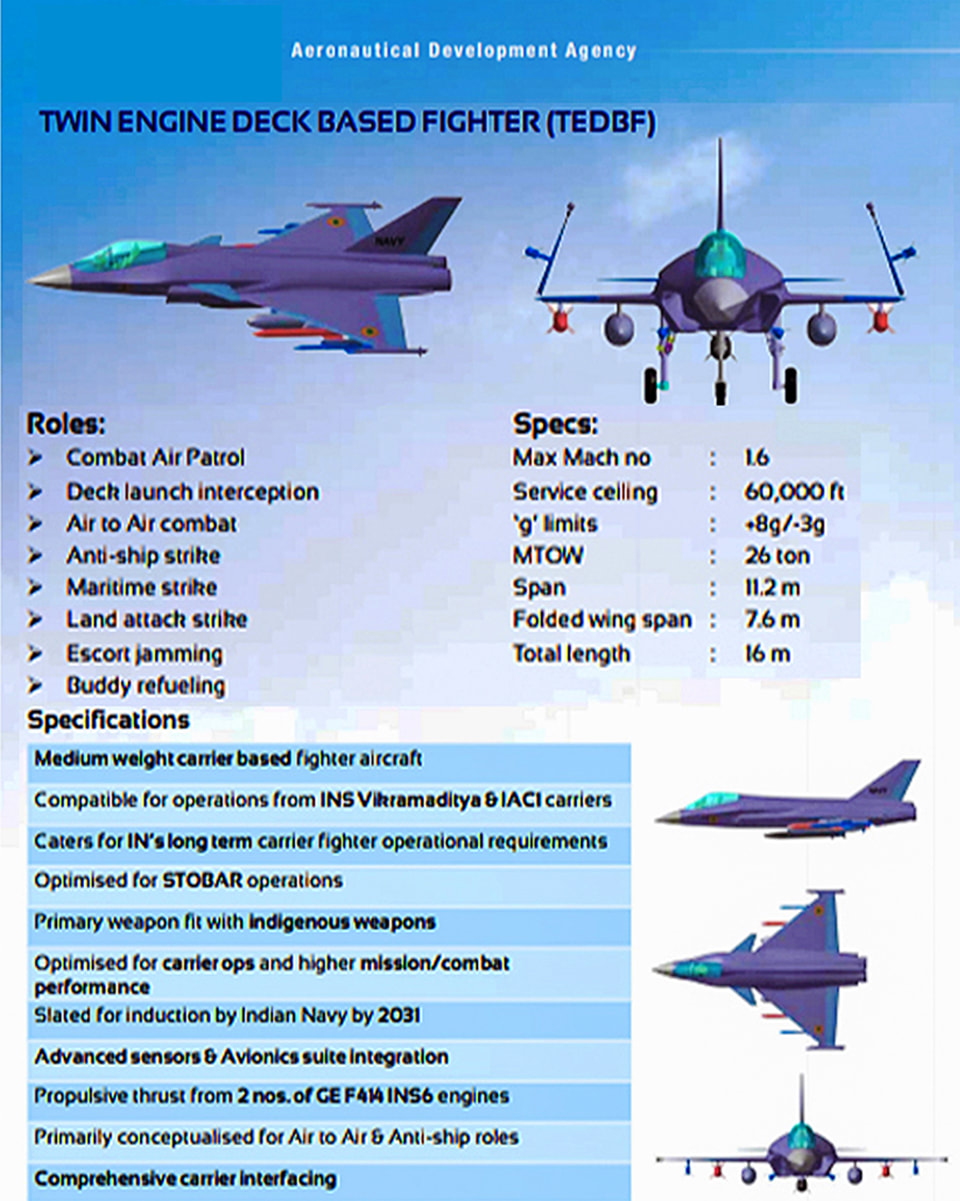 According to the Indian Navy previously announced that the MiG-29K integrity rate is only about 50%, the other half of the ship-borne aircraft is generally faulty, requiring a large number of replacement parts. The main problem is that engines and airborne equipment are subjected to too much vibration during the ship, “almost every time the aircraft take shortie its damages the engine and avionics”. 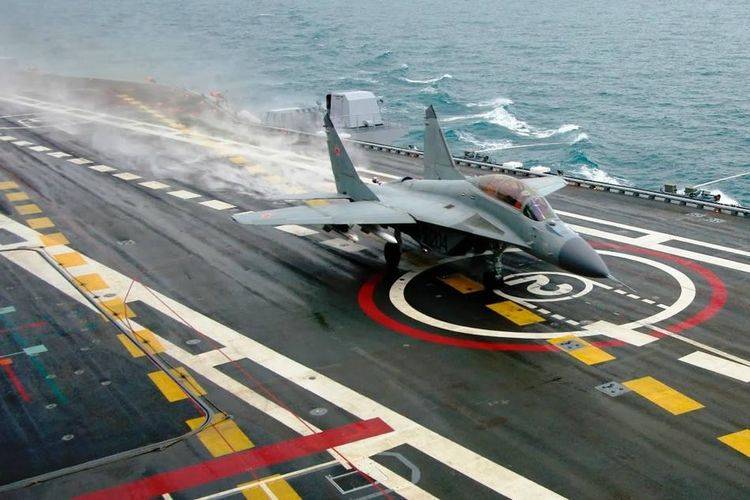 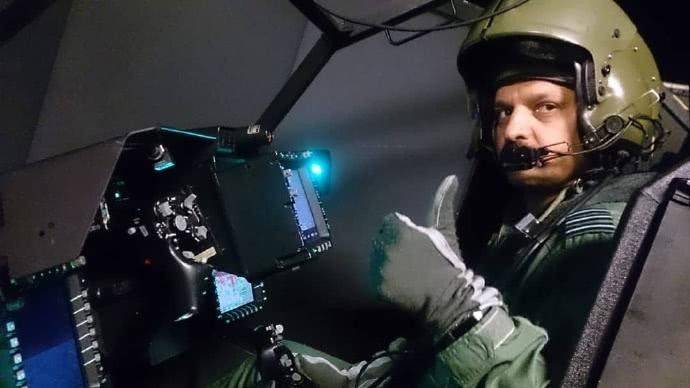 Due to the short runway length, the ship-borne aircraft landing failure after the re-flight action must be more rapid and decisive, fault tolerance is very low, so when the Indian pilot landed MiG-29K on the “Vikramaditya”, the engine thrust is too high, the aircraft speed is extremely fast, the aircraft “smashed” on the flight deck kinetic energy is also high, which effects on engines and avionics equipment. And also because the runway is too short, in order to allow the ship-borne aircraft to stop safely, “Vikramaditya” aircraft carrier blocking cable damping coefficient set very high, the ship-borne tail hook hanging blocking rope, the fuselage structure will withstand a huge instant pull but also aggravated the MiG-29K structure wear degree

The Indian Navy wanted ADA to develop a carrier deck version of the Advanced Medium Combat Aircraft (AMCA), an indigenous, twin-engine, fifth-generation, stealth fighter that is unlikely to enter service before 2030. In 2019, Indian Navy decided against a navalised variant of the AMCA because it had reasons to believe that the AMCA project was over-ambitious.

That prompted a ADA to come up with the Twin-Engined Deck-Based Fighter (TEDBF) with canard fins stabilizers. The ADA chief has argued to the defence ministry, the need for a step-by-step incremental and realistic approach to naval  first designing an optimised naval Tejas Mark II fighter design, rather than attempting a huge technology jump by designing a fifth-generation Naval AMCA. ADA has identified Wing folding Mechanism for Indian Navy’s Twin Engine Deck Based Fighter (TEDBF), as one of the major challenges, since India has never worked on it previously. 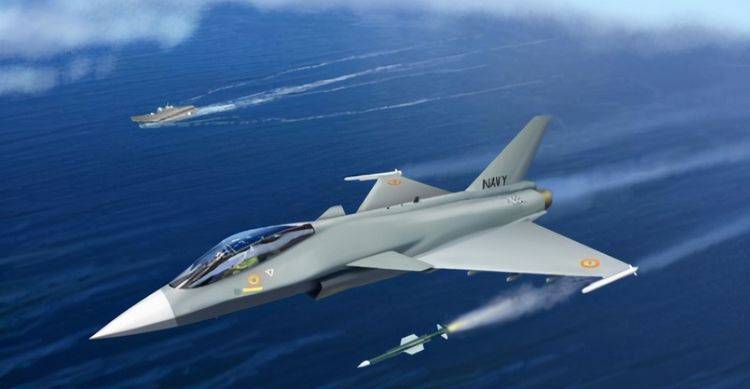 Compared with LCA, TEDBF fighter aircraft a full circle, from LCA’s single-engine to dual engine, retain the LCA’s tailless triangular wing, and in front of the triangular wing added a pair of short-range duck wings, so that TEDBF has become a duck-wing layout of the ship-borne aircraft, probably after the French “Rafale” the world’s second duck-wing layout aircraft.

Interestingly, Indian engineers may be aware of the stealth requirements of future air warfare and have done incognito treatments on the shape of TEDBF fighters, such as diamond heads, extremely flat body abdominal configurations, and DSI air intakes, all of which help reduce radar reflectivity. However, compared to the U.S. F-35C, TEDBF fighter stealth treatment is obviously not complete, more like a partially optimized stealth effect of the four-generation semi-fighter, rather than the initial targeting of five generations of aircraft standards.

In other words, when the U.S. Navy has listed the F-35C and the AVIC announces “future ship-borne fighters” in 2019, India is “continuing to work hard” in the field of non-stealth aircraft, and even if all goes well, it won’t get the finished product until 2031, 10 years later. Only afraid that by that time, China and the United States stealth ship-borne aircraft have long been in bulk service for many years, India’s TEDBF fighter aircraft will only be just 10 years behind the product of service