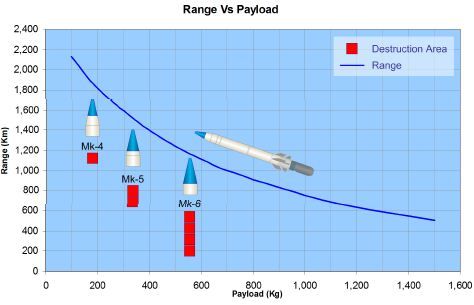 The missile, equipped with multiple advanced computing technology and high accuracy navigation, efficient propulsion, sophisticated control and guidance systems, successfully followed its target in the Bay of Bengal, Defence Research and Development Organisation (DRDO) officials said.
“This kind of demonstration of capability/power is extremely important to give a loud message to another nuclear-powered country that they should not take us for granted. This will bring in inherent dissuasion that will further discourage our adversaries from using nuclear weapons (against us),” said former Northern Army commander Lieutenant General BS Jaswal (retd).
The indigenously-developed missile was tracked and monitored through an integrated system of sophisticated radars, electro-optical tracking instruments and a chain of telemetry stations positioned in different points, they said. It performed a manoeuvre in the terminal phase and hit the impact point. It was the first user-specific trial of the missile that is a land variant of submarine-launched ballistic missile K-15, the officials said.
The two-stage missile that uses solid propellants can deceive enemy radars after launch, the officials said. The 10 metre-long missile – weighing 6.2 tonne – can carry both nuclear and conventional warheads weighing up to 1,000 kilograms.
The DRDO officials said once launched, Shaurya would be difficult to track by radars as the window for detection, tracking and interception is only 400 seconds. Like the BrahMos supersonic cruise missile, Shaurya can be stored in a composite canister, making it easier to handle and transport.
Like a ballistic missile, it is powered by solid fuel, but can guide itself up to the target like a cruise missile, the officials added.
On September 7, India took the first steps towards developing a new class of ultra-modern weapons that can travel six times faster than the speed of sound (Mach 6) and penetrate any missile defence, with the DRDO carrying out a successful flight test of the hypersonic technology demonstrator vehicle (HSTDV) for the first time from a launch facility off the Odisha coast.
Only the United States, Russia and China have developed technologies to field fast-manoeuvring hypersonic missiles that fly at lower altitudes and are extremely hard to track and intercept.
India could develop hypersonic cruise missiles powered by air-breathing scramjet engines in about four years.
source: Indian defense news